You are here:
Small Business 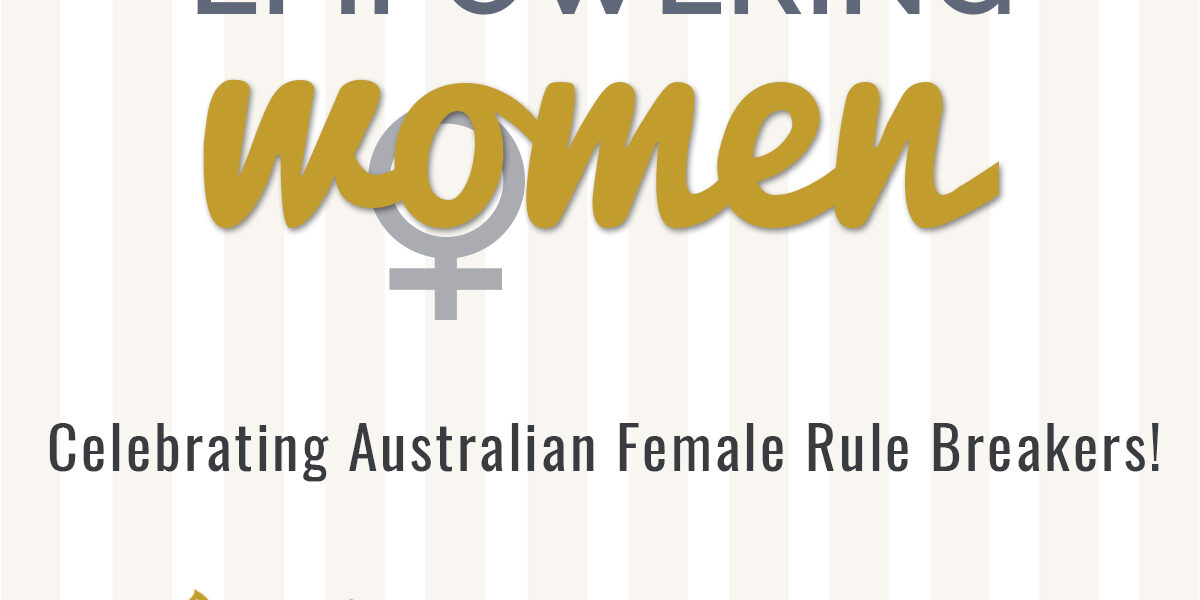 The most inspiring international woman in my life Helen Papathanasiou, my mother. Left home, her own mama and her family to embark on a journey abroad. Immigrating to Melbourne at 17 years old searching for a better future for herself she set off to find work despite not knowing a word of English.

Arranged marriage to my father and many many years later I am forever grateful for the opportunities that not only my sister and I have but our five children between us living in Australia. All because of this woman’s gusto, courage, perseverance and unconditional love.

Continuing with family first introductions, this is my sister Maria Ulas, founder and CEO of Artelia Jewellers.

After joining her jeweller husbands family manufacturing business, Maria had a bigger vision of how they can take the business to the next level. Create something truly unique in the retail jewellery sector this dynamic duo combined her husband Robs jewellery making talents with Maria’s creative flair for jewellery and store design to a wider audience in a retail environment.

In July 2017 her crystal clear picture of opening the most exquisite jewellery store came to fruition when Artelia was born in Westfield Fountain Gate. In less than a year Maria is on her way to becoming a qualified gemologist and Artelia is redefining bespoke jewellery made with love right here in Melbourne. Couldn’t be more prouder and this is just the beginning!

Find out more about Artelia Jewellers.

Surviving against all odds is the least of Turia Pitts achievements. She is one of Australia’s most admired and widely recognised people, passionate humanitarian and Interplast Ambassador!

At 24, Turia was an ex-model, fitness junkie and successful mining engineer whose life was turned upside down when she became trapped in a grass fire while competing in a 100km ultra marathon.

She was choppered out of the remote desert barely alive, with full thickness burns to 65 per cent of her body. Renowned for her pure grit, indomitable spirit and passion for humanitarian work, Turia has gone on to thrive in the ultimate story of triumph over adversity.

Find out more about Turia Pitt.

I had the great pleasure of meeting Moira Kelly when she was one of my very special guests at a networking breakfast I hosted in 2015 (See the interview with Moira Kelly here). Moira Kelly AO has dedicated her life to the service of others. She was inspired to look after the less fortunate when at the age of 7 she saw a video of Mother Theresa.

At the age of 20, she left home to work with Aboriginal children in Western Australia. So began a lifetime of supporting the least fortunate children and families overseas and locally. Moira has worked on numerous humanitarian projects with desperate and sick children and adults overseas and in Australia.

She has been recognised by many communities, national and international awards for her humanitarian work. She was 2013 Victorian of the Year and her work has been the subject of two documentaries; A Compassionate Rage and Brothers in Arms and a Foreign Correspondent story.

Find out more about Moira Kelly and Creating Hope Foundation.

Lisa Messenger was introduced to me by a dear girlfriend after she gifted me her book Daring and Disruptive. I loved the book and immediately loved her.

Lisa Messenger is the vibrant, game-changing founder and CEO of Collective Hub. She launched Collective Hub as a print magazine in 2013 with no experience in an industry that people said is either dead or dying. Collective Hub has since grown into an international multimedia business and lifestyle platform with multiple verticals across print, digital, events and more recently, co-working spaces – all of which serve to ignite human potential.

Here is also a recent article Lisa wrote for news.com.au ‘The unexpected truth about being an entrepreneur“.

Find out more about Collective Hub and Lisa Messenger.

I first met Boost Founder, Janine Allis at a National Achievers Congress a few years back. She had me at her down to earth, approachable and genuine desire to help everyone in the room learn from her journey.

Janine is an adventurer at heart, travelling the world as a young Aussie backpacker in the 80s, working from a camp councillor in San Francisco to a Stewardess of David Bowie’s yacht.

In 1999 during a trip to the US, Janine witnessed the juice and smoothie category growing steadily. Upon her return to Australia, Janine studied the local retail sector where she noticed a distinct lack of healthy fast food choices. After extensive research, she began to develop a business concept that was different to anything else in the world. Her vision was to “do retailing differently”, delivering a unique customer experience based on the “love life” philosophy. In 2000, Boost was born.

Find out more about Janine Allis.

Fiona Wood was born in Yorkshire and studied medicine in London before immigrating to Perth with her Australian husband in 1987. She completed training in plastic surgery and subsequently became Head of the Royal Perth Hospital Burns Unit.

Wood was thrust into the media spotlight in 2002 when 28 victims of the Bali Bombings were flown to Perth to receive burns treatment. She had earlier pioneered the innovative ‘spray-on skin’ technique, which greatly reduced permanent scarring in burns victims. Wood patented her method in 1993 and later co-founded a private company to promote it worldwide. Royalties are used to fund further research into burns treatment through the McComb Foundation, which pursues Wood’s goal of scarless woundless healing. Dr Wood is also a Clinical Professor at the School of Paediatrics and Child Health at the University of Western Australia, Director of the Western Australia Burns Service and a mother of six. Yes, I repeat SIX!

Last but not least we have the founder of Carmans, Carolyn Creswell. A Melbourne local entrepreneur.

Carolyn was one of the more recent speakers I had the honour of listening to and she too had me at her genuine, authentic and honest account of starting a business. Carolyn offered solid advice on what to anticipate when setting out on an entrepreneurial journey.

“So many people believe that Carman’s has been an overnight success. The reality is that we’ve been chipping away at this labour of love for well over 20 years now. Carolyn was only 18 when her journey began – buying the tiny muesli business for only $1,000. It’s with gratitude and pride in our hearts that we have watched this little business grow and we know it is all because of you – our loyal customers.”

This is a great Australian story, business and brand encapsulating everything that is good  anything and everything is possible

Find out more about Carman’s Kitchen

International Women’s Day (March 8) is a global day celebrating the social, economic, cultural and political achievements of women. The day also marks a call to action for accelerating gender parity. International Women’s Day (IWD) has occurred for well over a century, with the first March 8 IWD gathering supported by over a million people in Austria, Denmark, Germany and Switzerland. Prior to this the Socialist Party of America, United Kingdom’s Suffragists and Suffragettes, and further groups campaigned for women equality. Today, IWD belongs to all groups collectively everywhere. IWD is not a country, group or organisation specific. Make IWD your day! – everyday!